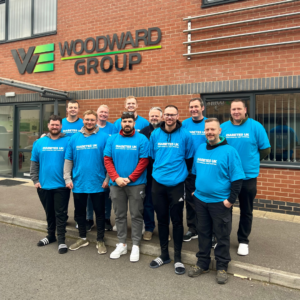 Having endured several months of tough training – including 4-5km hikes twice a week and a handful of larger 20km mountain climbs – the Peaky Climbers embarked on an eight-hour drive to Fort William the day before the challenge, before kicking things off with the first climb, Ben Nevis, at 4.30am on the Saturday morning.

“Seeing Ben Nevis for the first time was amazing, but the view from the top was even better,” said Sam Allsobrook, Operations Manager of Woodward Group. “Reaching the summit was a real highlight for us as a team. We knew we were a third of our way through, and that whatever obstacles came our way we’d be able to face together.”

The team completed Ben Nevis in 5 hours 35 minutes then raced up Scafell Pike, the second climb, in an incredible 3 hours and 23 minutes. Aden Woodward, Managing Director of Woodward Group said, “Knowing that we were raising money for such a good cause was a massive motivation to us throughout the challenge. Diabetes UK is an important charity to all of us, as several of the team members or someone in their family are living with the condition. We feel proud to have raised over £3,000 for such a worthy organisation.” 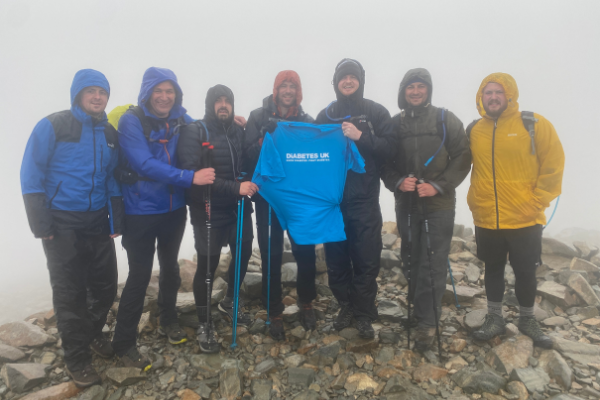 Overcoming obstacles as a team

Snowden was the last of the three climbs and ultimately proved to be the toughest for the team, both physically and mentally. The climb took place at night, and by this point the weather had turned. Darkness, rain and misty conditions made visibility and navigation almost impossible, and the team struggled to find their way. This, alongside extreme exhaustion and several injuries felt within the group, made Snowdon feel like an even bigger mountain to climb!

Alan Woodward, CEO of Woodward Group, said: “The weather was awful, which became an issue not only for those climbing, but also for the drive between each destination point. Road works, speed restrictions, and road closures hampered our journey too.”

With this in mind, a special thanks has to go to the Peaky Drivers: Alan Woodward, Andy Ramsey and Tony Heath, who thankfully were able to navigate their way through these hurdles and got the Peaky Climbers safely from mountain to mountain in good time. Though Snowdon took the team slightly longer than they’d initially hoped (5 hours and 11 minutes), they are still immensely proud to have completed it in those conditions. 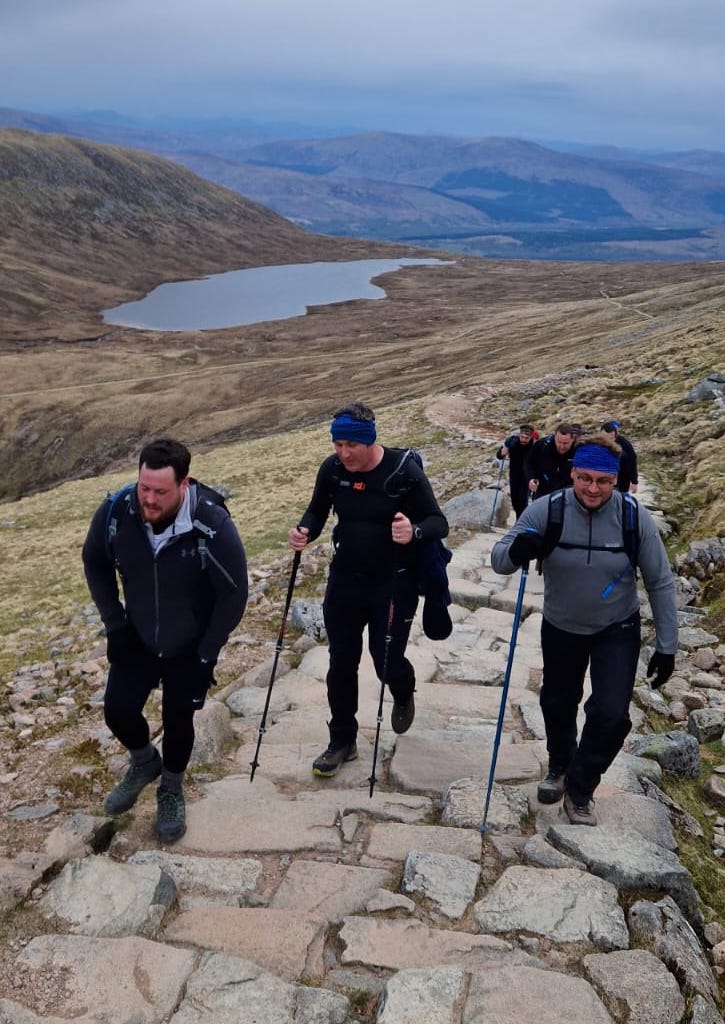 The Peaky Climbers all maintained a good sense of humour throughout the whole trip, which helped keep them going. Alan adds: “Before the challenge, Ben Watkiss joked that it would just be like climbing three hills – after the last mountain, we could tell by the look on his face that he had definitely changed his mind!

“Joking aside, the National Three Peaks Challenge has given us a great sense of togetherness and team spirit. We all got behind each other when needed and stuck together, leaving no man behind – especially when some of the team were struggling with injuries. On behalf of all of the Peaky Climbers, I’d like to thank everyone who donated, encouraged, and supported us – we’re thrilled to have raised such a fantastic amount for Diabetes UK.”

Onto the next challenge

Looking to the future, the Peaky Climbers have already set their sights on their next couple of challenges, including the Yorkshire Peaks Challenge and perhaps the team’s biggest challenge yet – the Jerusalema dance! If you’d like to show your support, there is still time to visit the Just Giving page and pledge whatever you can – every bit helps.

You can find out more about the National Three Peaks Challenge here: https://www.threepeakschallenge.uk/

Diabetes UK is leading the fight against the UK’s biggest and growing health crisis. Their aim is to prevent Type 2 diabetes, campaign for and support everyone affected by diabetes, and fund research that will one day lead to a cure. Their vision is a world where diabetes can do no harm.