Woodward Group is extremely proud to be celebrating our 35th successful year in business and we are excited about the future.

From humble beginnings, Woodward Group has grown into a successful Midlands-based family business offering multiple services and turnkey solutions to customers nationwide. We now employ 43 members of staff and have ambitious plans to grow further. 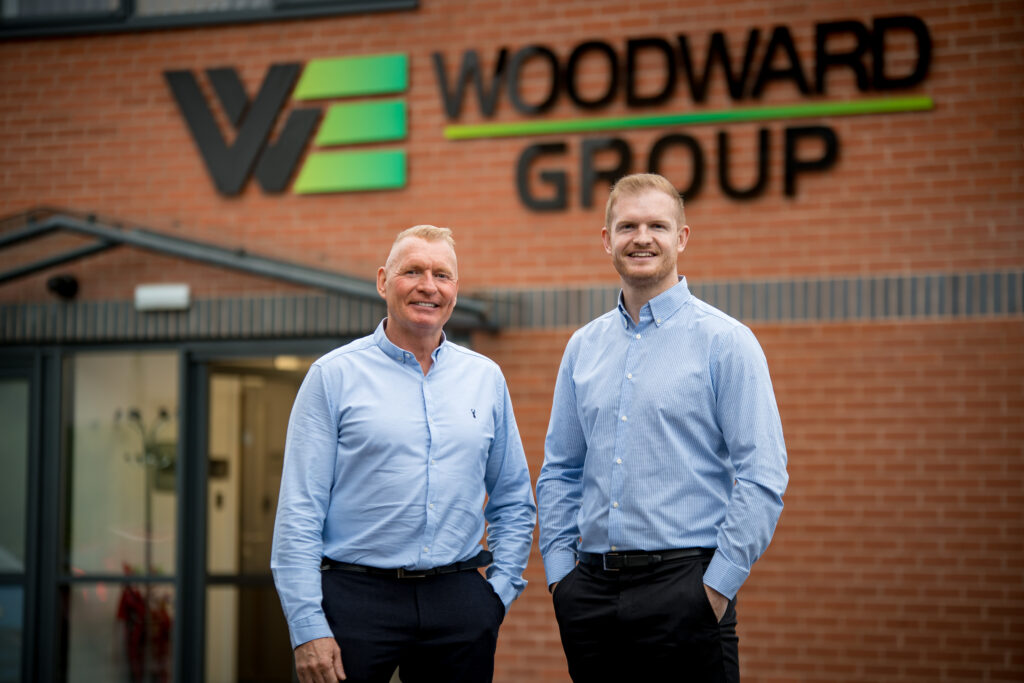 Let us fill you in on how we’ve got to where we are today:

Formerly Woodward Electrical, Woodward Group was originally founded by Alan Woodward in 1987 and set up from the garage at his house in Burton on Trent. Commenting on the company’s beginnings, Alan explained: “I was working as a sub-contractor for other electrical contracting businesses at the time and could see first-hand what approach worked well and what didn’t. From this experience, I decided to take a leap of faith and set up my own company so that I could offer customers an improved service with reliability as the main foundation from which everything else is built on.”

The company quickly took off, moving its premises to a commercial unit on Yeomans Industrial Estate before purchasing a builder’s yard based in Swadlincote. Following sustained growth, Woodward Group lay down roots at a modern facility on Granary Wharf Business Park in 2015, where we are still based today, and has recently purchased a larger office on the same estate to allow for further expansion.

Alan attributes the team’s shared vision as key to Woodward Group’s success. He continued: “As many of the team’s senior members have come through the company apprenticeship scheme – with some being with us for over 20 years – we see ourselves as a big family and the business itself is built on family values. It is these principles, like honesty, transparency and reliability, that are key to our success and set us apart from others.”

As well as maintaining longstanding clients over a 35-year period, Alan’s proudest achievement with Woodward Group is when his son, Aden Woodward, took on the role of Managing Director in 2013.

Aden hopes to continue his father’s ambition of growing the team further and has set a new revenue target of £10m by 2025. He also feels passionately about developing the company’s charitable, Environmental, Social and Governance (ESG) efforts, having recently led the team in completing the National Three Peaks Challenge to raise over £3,000 for Diabetes UK.

“Woodward Group has mechanical and electrical engineering expertise woven into our DNA,” said Aden Woodward, MD at Woodward Group. “I feel honoured to have played a part in the company’s expansion in recent years. We have always predominantly undertaken electrical contracting, energy solutions, and compliance works, but circa. 10 years ago, we added the fire safety division to the business. More recently we have also added process, ATEX, mechanical, and building services. We now have a proven track record of completing turnkey projects for some of the most prestigious clients in the world.

“Looking to the future, sustainability is becoming even more of a central focus for Woodward Group. As we grow, we want to play our part in the global environmental agenda and improve efficiencies wherever we can within the business. It is also really important to both me and my dad that we leave behind a legacy that we can feel truly proud of as a family.”

Woodward Group looks forward to welcoming customers, suppliers, friends and family to our new facilities later this year to celebrate an incredible 35 years in business.